history of the band

On October 21, 1921 a group known as the Odd Fellow Brasses was founded at the Odd Fellows Hall in downtown St. Helena. This collection of local musicians, later known as the St. Helena Municipal Band, played for local dances and civic events throughout the twenties until disbanding with the onset of the Depression in 1929.

In the Fall of 2007 Francis Ford Coppola, the celebrated filmmaker, and John Sorensen of today’s Odd Fellows organization fancied a reprise of the hometown musical tradition and made plans for the return of the community band.

Under the direction of Michael Mendelson, the band played their first concert on Saturday December 1, 2007 on the bandstand in Lyman Park for the Hometown Holiday Celebration. On this sunny afternoon the crowd of local residents and visitors heard the band play Sleigh Ride, The Saints’ Hallelujah and the band’s own theme song, March Onward America, a composition by Carmine Coppola. 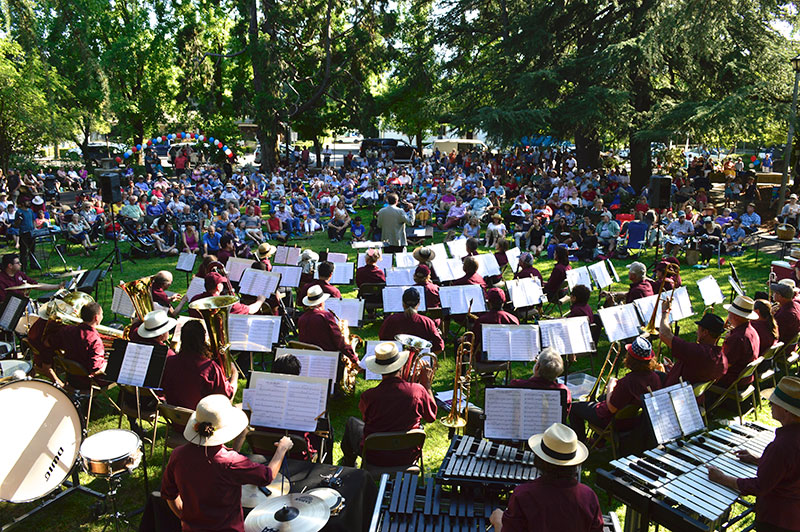